In a way, Massachusetts is the home of modern beekeeping, since it is the native state of Lorenzo L. Langsroth, the “father of beekeeping.” He invented the modern “Langsroth hive” in 1851, which is still the standard beehive for beekeepers around the country to this day.

He also wrote Langsroth on the Hive and the Honeybee, which is considered the “beekeeper’s Bible.” It was partially due to his inventions, ideas, and influence that beekeeping took the form it does today.

What Is the History of Massachusetts Honey?

Out of all the states in the Northeast, Massachusetts has the longest history of beekeeping and honey production. Massachusetts was the first territory in the Americas to receive honey bees, which were brought by English settlers in 1622. Honey bees have had a continued presence in the state since then and have only increased in popularity since then.

How Much Honey Is Made in Massachusetts Each Year?

When living in populations that are managed by beekeepers, honey bees pollinate for commercial purposes to produce honey for consumption or commercial selling. However, bees also have their own motivations for pollination. Pollen is an important resource that enables bees’ brood development, along with providing protein to the hive.

Nectar is then turned into honey, which mature bees rely on as a food source. Excess honey is stored in combs so that the bees have resources to return to during inactive months when they are not able to forage.

Massachusetts is a significant producer of honey nationwide. Although precise numbers are not available due to privacy concerns and restrictions, current estimates suggest that the state is home to as many as 4,500 individual beekeepers, who collectively manage about 45,000 bee colonies.

Individual measurements were not made publicly available as to the amount of honey produced in the state, but the USDA did report that Massachusetts, along with Alaska, Connecticut, Delaware, Maryland, Nevada, New Hampshire, New Mexico, Oklahoma, and Rhode Island, had together produced more than one million pounds of honey in 2018, suggesting that Massachusetts’s honey production is not negligible.

What Are the Main Types of Honey Produced in Massachusetts?

Massachusetts honey is sourced from a large number of floral origins. Many beekeepers in Massachusetts focus on creating honey from fruit plants. Thus, the state produces varietals such as cranberry, raspberry, and blueberry honey.

Some even go so far as to incorporate international sources, so some make Manuka honey from New Zealand. Of course, there are also many that mix floral sources, meaning that Massachusetts produces a large amount of wildflower honey.

Is Honey Produced Seasonally in Massachusetts, or Is It Produced All Year Round?

The frigid winters in Massachusetts put bee productivity on hold, so honey is primarily produced during or after the warmest times of the year. Honey flow typically begins around late May or early June and continues through to July. Depending on the region of the state, a second flow may begin in August and continue until September or October.

Which Bees Create Honey in Massachusetts?

Most of the honey produced in Massachusetts comes from European honey bees (Apis mellifera), also known as the Western honey bee, and its various subspecies. As in other states, the most popular bee subspecies in Massachusetts is the Italian honey bee (A. mellifera ligustica), which is prised for its docility and domesticity, making it an excellent choice for beginning beekeepers.

Other honey bee subspecies are sold throughout the state, such as Carniolan bees and German bees.

Are There Any Major Honey Farms or Apiaries in Massachusetts?

Massachusetts’s honey is produced by a diverse population of beekeepers, honey farms, and apiaries. Of course, much of the honey from the state comes from large, commercial apiaries, but a large proportion of honey in Massachusetts is produced by local hobbyists.

Regardless of size, there are a handful of major honey farms in the state, including some that have been in business for decades. These include Black Birch Farm Apiaries in West Newbury (over 45 years in business), Merrimack Valley Apiaries in Billerica (in business three generations), and Warm Colours Apiary in South Deerfield (in business 20 years).

What Sort of Environment Is Needed to Produce and Grow Honey in Massachusetts?

The Northeast is known for its cold weather, and Massachusetts is no exception. During the cold winter months, when temperatures often descend below freezing, bees are often prevented from gathering food for themselves.

If they do not have enough honey saved up for the winter, they may be at risk of starvation. Beekeepers must monitor their bees’ food supply and supplement them with other foods such as candy sugar and syrup if necessary.

Massachusetts has a number of unique requirements for safe and productive beekeeping. One important safety consideration concerns the local population of black bears. A large number of countries across the state, especially in the western portions of the state, have reported black bear sightings.

Bears can knock over bee colonies, destroy habitats, and interfere with honey production. Beekeepers should make sure that they protect their colonies with tools such as electric fences.

Unlike many other states, Massachusetts does not require all beekeepers to be officially licenced or registered to keep bees. Registration is only required if beekeepers wish to commercially package, distribute, and sell the honey that their bees produce. 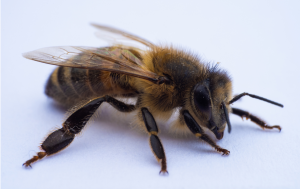 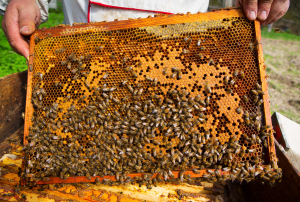 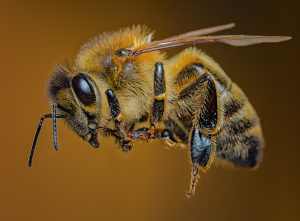