The Utah state emblem is a beehive, and on March 4, 1959, its motto officially became “Industry” which is meant to reflect the communal work of bees. The meaning of the motto goes all the way back to the original westward expansion of the Mormons. They recognized that the values necessary for survival in the early West of the American pioneer – thrift, unity, perseverance, and industry – were similar to the workers in a beehive.

When Did the Production of Utah Honey Begin?

The development of the honey industry in Utah is mostly centered on the period between the 1850s-1870s. It was during that period of time when Brigham Young, who became the first documented settler in Utah to own colonies of honey bees (though not a beekeeper himself), was determined to discover the secrets of sugar refinement.

Sweeteners were scarce in the Deseret territory, and consequently, honey and beeswax were scarce and valuable. It was decided that honey was something that would have to be brought to Deseret, either by importing the substance itself or by initiating the development of a honey bee industry.

During the 1860s, those involved in what was slowly becoming the Utah beekeeping industry determined that the common American honey bee was not as good as the European honey bee, so efforts were made to begin importing them from the eastern part of the country.

The question remained, however, as to whether European honey bees could be introduced and kept in the valleys of Deseret. By 1871, significant colonies of bees began arriving by railway in what would soon be known as Utah, and by 1874 the first mention appeared of the Utah Beekeepers Association. Utah would no longer have to import honey, as colonies of bees were now arriving from the East and the West.

How Much Honey Does Utah Produce?

Utah is currently ranked 24th nationally in terms of honey production, a statistic that is mildly ironic since its state logo is a beehive, and it boasts itself as the state of ‘industry,’ based upon the collective efforts of the honey bee. As of 2019, Utah was producing 638,000 pounds of honey from a total of 22,000 colonies.

What Are the Main Types of Honey Utah Produces?

Other popular varieties include Lavender honey and Hyssop honey.

Like in many other states, Utah’s first honey flow begins towards the end of spring, generally around late May. Honey continues flowing until around the end of the summer. Depending on the local and weather conditions, honey is usually harvested between June-August.

Which Nectar-Producing Plants Are Native to Utah?

Some of the pollinator-friendly flowers in Utah include:

Crops such as squash, mint, and pumpkin are also at the top of the list.

Are There Any Major Honey Farms or Apiaries in Utah?

Some of the popular honey farms and apiaries in Utah include:

What Environment Is Needed to Produce Utah Honey?

One of the most important considerations with regard to Utah’s commercial beekeeping and the honey industry is the dwindling populations of both native and honey bees. In Utah and nationally, it’s been a difficult time to be a bee, so to speak, since roughly the middle of the 20th century.

The overuse of pesticides, increasing loss of habitat areas due to the clearing of land, overgrazing by farm animals, and now climate change has resulted in the numbers of bees being greatly reduced.

Inspectors from the Utah Department of Agriculture have recently made a hopeful determination that the bees are beginning to bounce back, as a result, two principal factors: efforts have been largely successful in combating one of the honey bees’ greatest natural threats, varroa mites, and the lower rates of bacterial disease in the hives, a disease called American Foulbrood.

Inspectors also feel that the warmer winters may also be playing a role. Whatever the case, it’s a necessary development, since the honey bees are an absolute necessity for the pollination of trees, fruits, vegetables, and flowers.

Generally speaking, though, this increase in numbers has been the exception to the rule. With the bigger picture being one of dwindling numbers, two of the bigger commercial interests in Utah’s beekeeping industry is the sale of packaged bees and contract pollination.

With today’s farmers typically in desperate need of large numbers of honey bees to pollinate their crops, there is more demand than ever on beekeepers both to purchase active beehives from companies that specialize in shipping bees and beekeeping supplies and to truck their beehives to farms, where they’re rented to farmers.

One of the bigger problems in this process, however, has become what these beekeepers are doing with their hives during their offseason. Beekeepers require areas that are pesticide-free and that provide some amount of healthy and cheap forage for their bees.

With available lands reduced, more and more beekeepers are turning to federal lands – more specifically, some of Utah’s national forests – as areas to park their hives for months at a time. 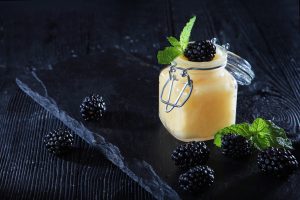