New Hampshire honey production dates back to the 18th century. Since then, beekeeping has continued to grow in popularity throughout the state. Some of the most popular kinds of honey produced in New Hampshire today include; buckwheat, orange blossom, and blueberry honey.

The honey bee is not native to North America. They were brought in during the European colonization in the early 17th century. It is not known exactly when honey production started in New Hampshire. On 16 June 1787, a newspaper called the “New Hampshire Spy” printed an article called “On Beekeeping” but some suggest that beekeeping was practiced much earlier than that.

How Much Honey Does New Hampshire Produce?

Stepping back and viewing the issue from a slight distance, the numbers have not been good for New Hampshire. Between 2009-2016, New Hampshire had lost an average of 60% of its hives each winter, in a state that already has a limited industry.

The national average during that time was 28.7% colony loss. As of the 2016-’17 winter season, New Hampshire beekeepers lost 65% of their hives, and according to surveys distributed by the NHBA, 45% of the keepers could not identify the cause.

There are signs, however, of what may be a very slight comeback. By the end of 2017, there was a reported 3% colony increase and there were seemingly a few contributing factors: many keepers were making the extra effort to replace the hives that were lost, numbers were bolstered by the arrival of new beekeepers in the industry, and some keepers began starting new hives during the summer months, knowing that they were likely to lose a certain percentage during the winter.

The NHBA hopes that the trends will continue, and colony loss will be mitigated even more in the coming years.

According to the USDA reports New Hampshire, along with 9 other states produced 1,418,000 pounds of honey from 30,000 honey-producing colonies in total.

Hall Apiaries located in New Hampshire annually produces 16,000 lbs of honey on average. The strain of bees they breed and propagate are Carniolan and Russian crosses.

What Are the Main Types of Honey Produced in New Hampshire?

The vast amount of available flora is the source of the variety of honey flavors native to New Hampshire. Some of those include, but are not necessarily limited to; blueberry honey, orange blossom honey, mint honey, basswood honey, wildflower honey, and buckwheat honey.

Is New Hampshire Honey Produced Seasonally or Is It All Year Round?

New Hampshire has a humid continental climate, which means warm summers and long cold winters. Honey is typically harvested in July and August. Towards September as the days are getting colder, nectar sources will start to disappear and honey bees will be making efforts to collect nectar in order to store up for the winter months. In springtime, honey bees are becoming more and more active and honey starts to flow again.

Beekeepers like Italian bees as they are easy to handle. Carniolan bees are more adept to colder weather and typically produce more honey than do Italian honey bees. Russian hybrids are often selected because they are resistant to the deadly varroa mite.

Which Pollinator-Friendly Plants Are Native to New Hampshire?

Considering the relatively small size of the New Hampshire industry, there is a surprisingly varied amount of flora in the state on which honeybees can feed, in addition to a large number of farms and apiaries.

Are There Any Major Honey Farms or Apiaries in New Hampshire?

Although New Hampshire is considered an insignificant honey producer state in the US, there are several apiaries and honey farms operating in the state:

What Sort of Environment Is Needed to Produce New Hampshire Honey?

Bees will produce honey if they live in an environment that is similar to their natural state. This means adequate water source nearby, temperature regulation, and proximity to flowers. It is up to the beekeeper to provide the ideal environment for bees.

New Hampshire has cold winters, so it is important that beekeepers take the necessary steps to protect the hive during these months. Beekeepers should monitor their colonies to ensure that they have sufficient amounts of honey, as bees will be unable to forage food for themselves. If necessary supplementary food should be administered 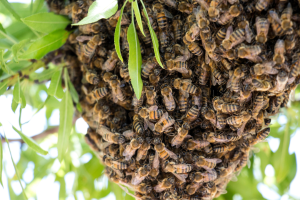 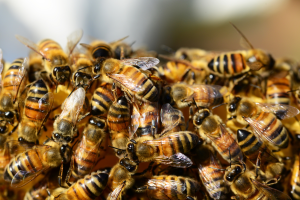 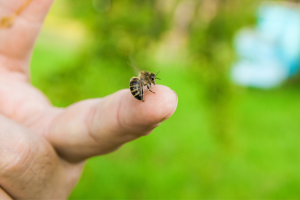